I love lists (who doesn’t?) and have decided to feature some of my Top 10 lists here just for fun. 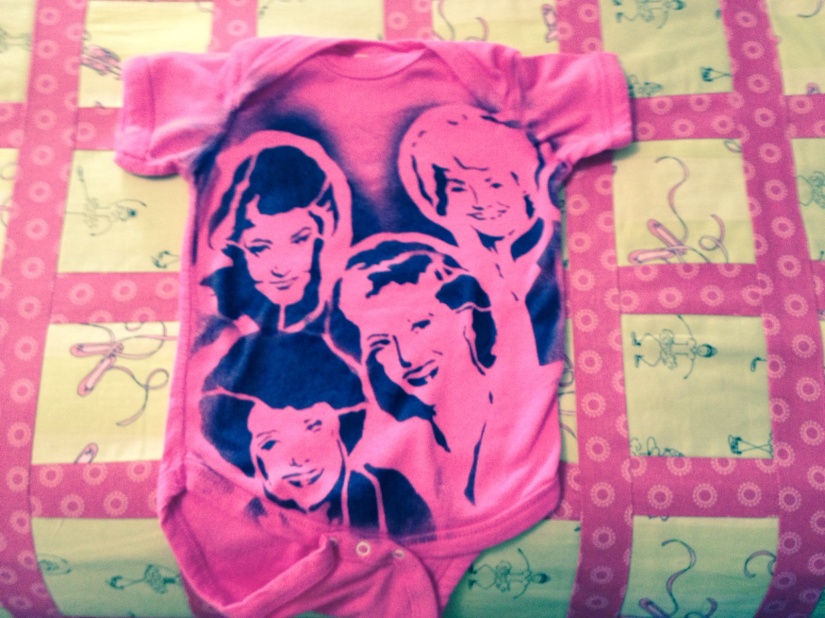 10: Not Another Monday (Season 5, Episode 7): The one where Blanche, Dorothy, and Rose sing “Mr. Sandman” to soothe a baby. Is it just me or does there seem to be a lot of episodes where the girls end up with a baby they think they might have to raise?

9: To Catch a Neighbor (Season 2, Episode 24): George Clooney guest stars in this episode where the girls assist law enforcement in spying on their neighbors’ shady behavior. Dorothy falls for the older FBI agent but plays hard-to-get.

8: Ladies of the Evening (Season 2, Episode 2): The girls are mistaken for prostitutes and miss out on seeing Burt Reynolds. Sophia: “I can’t believe it.” Dorothy: “Ma, we’re innocent!” Sophia: “I know that. I can’t believe these dumb cops thought people would pay money to sleep with you.”

7: Journey to the Center of Attention (Season 7, Episode 18): Blanche gets jealous when Dorothy grabs the guys’ attention at a local bar where Blanche usually sings. The scene where Blanche starts swinging the microphone and it gets away from her is comedy gold.

6: Rites of Spring (Season 7, Episode 14): This is a compilation episode that features situations during which the girls were trying to look their best. A highlight is when the girls are doing aerobics in their glitzy 1980s gear: “Charlie Horse!”

5: Guess Who’s Coming to the Wedding (Season 1, Episode 2): This show was strong right out of the gate. In this episode, Dorothy is furious when she realizes she must invite Stan to their daughter’s wedding (one of many weddings held at the girls’ house). Blanche teaches her an old sorority trick to deal with Stan- Dorothy is supposed to squeeze Blanche’s hand any time Stan frustrates her. Hilarity ensues when Dorothy is crushing Blanche’s hand and Blanche drops to the floor.

4: Yes, We have No Havanas (Season 4, Episode 1): Blanche and Sophia are fighting over the same man. Blanche: “I’m going to go take a hot, steamy bath, with only enough water to cover my bosom.” Sophia: “You’re only going to sit in an inch of water?”

3: One Flew Out of The Cuckoos Nest- Series Finale (Season 7, Episode 23): Probably the best series finale of all time despite it being really sad that the show has ended. The end scene where Dorothy can’t bear to say good-bye to Blanche, Rose, and Sophia so she keeps running back in the house and then runs in the back door: Genius.

2: There Goes the Bride 2 (Season 6, Episode 17): The girls are preparing for Dorothy’s wedding to Stan out on the lanai. In an attempt to scare off an enemy, Rose has installed a door bell feature that sounds like barking dogs when someone presses it.

1: Good-Bye Mr. Gordon (Season 7, Episode 15): Just hilarious. In this one, Rose is making a talk-show about “women who live together,” but things go awry when Blanche and Dorothy realize they have been portrayed as lesbians. They go along with it, though. Dorothy says: “I take out the trash.”