Sometimes I like to Google “easiest possible…whatever food I want to make” and then dumb down the resulting recipe even more. That’s what I have done here with a French Dip recipe I found on allrecipes.com. 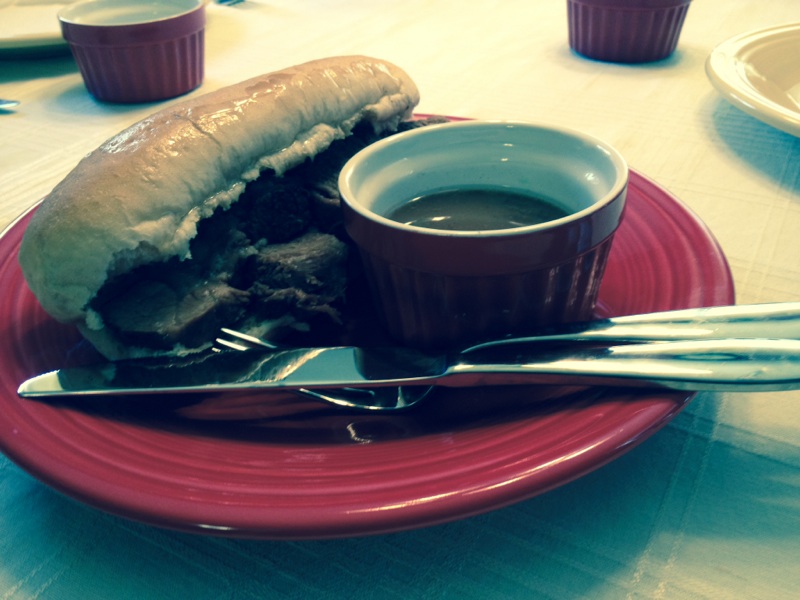 The slowcooker makes this a super easy meal to throw together before work or on a busy Saturday chasing a one-year-old around the house.

All you need is a roast, hoagie buns, a beer, a can of beef broth, and a can of Campbell’s French Onion soup.

Put your raw, thawed roasts in the slowcooker. I had two smaller arm roasts so that’s what I used. I have tried various sizes of roasts with this recipe and the cooking time of seven hours seems perfect regardless of size. This would be an easy meal to feed a lot of people.

My husband swears by always searing a roast in a cast iron skillet before he puts it in a slowcooker, but I didn’t with this and it was still yummy. If you want to sear first, knock yourself out!

Then mix up the following: A beer, a can of Campbell’s French Onion soup, and a can of beef broth. You can add other seasoning if you want, but I did not think it needed anything more. As for the type of beer, don’t overthink it. I have tried it with a few kinds and it does not really make a difference. The beer is there to tenderize the meat, not add flavor. I think the alcohol cooks out, but I’m not a scientist, so if you are concerned about serving this to children or pregnant women, you could leave the beer out. 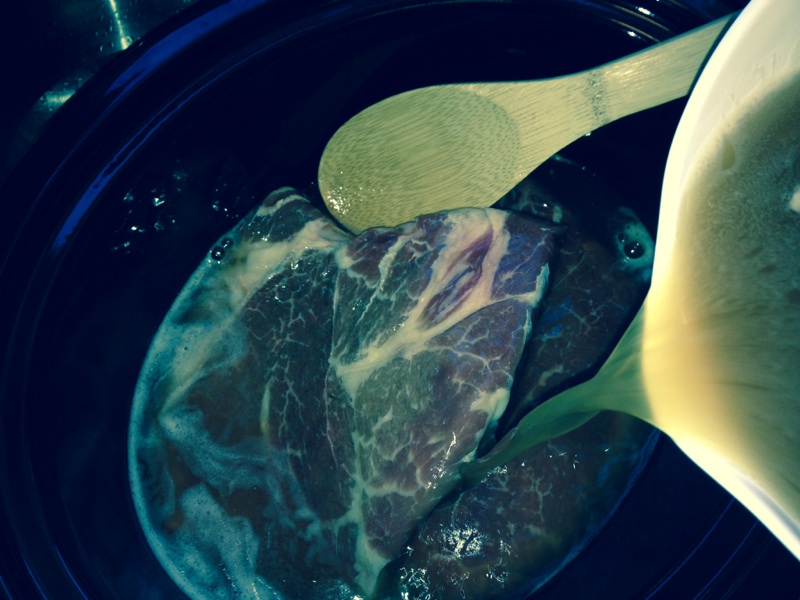 Pour the concoction over your roast and cook on low for seven hours. It can cook for an extra hour or two if you want to put this in before the work day.

Cut up your roast and serve it on hoagie buns. I always splurge on good buns from the bakery when I’m doing these sandwiches.

The au jus for the French dips is left behind in the slowcooker. Spoon it into little bowls for dipping. I like to use my red ramekins.