I do not watch a lot of television but when I do, I tend to get a little obsessed with the characters in the shows I watch. Some television break-ups still haunt me to this day, probably more than my actual real-life break-ups do. Here’s my list of the most memorable television boyfriends. Some of these on-screen relationships had happy endings while others cut to the core of me.

10. Cooper from Private Practice: I felt for Cooper when he was in love with his friend Violet, but eventually he falls for Charlotte. Cooper stands by her through the rockiest of times, resulting in a happy ending in the series finale when they have triplets!

9. Miles from the Golden Girls: Miles is Rose’s long-term boyfriend. He is a cheapskate but very kind.

8. David from Roseanne: Darlene’s boyfriend David is the complete opposite of his chauvinistic brother Mark who dates (and marries) Becky. Darlene bosses David around and he just takes it. That’s what makes him a good boyfriend. 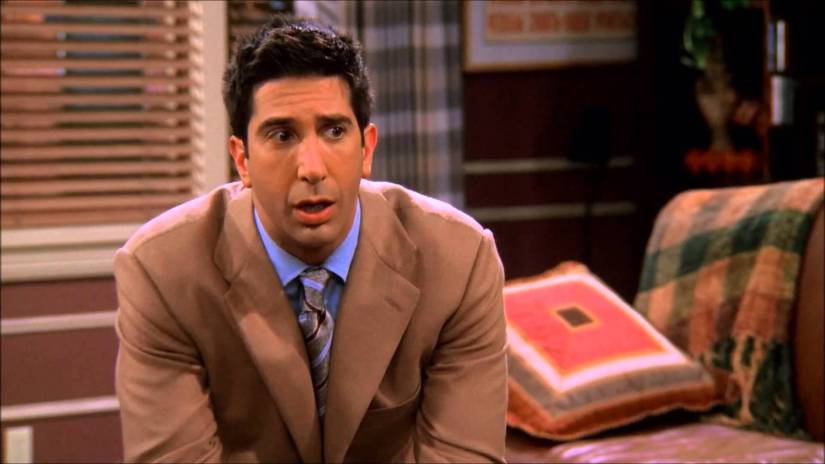 7. Ross from Friends: The geeky and sweet guy always in love with the pretty girl. I will admit I was not an avid watcher of Friends but I did love the final episode. I guess I’m a sucker for happy endings.

6. Dwight from The Office: Did anyone else tear up a little while watching the series finale of The Office? Dwight is a lovable weirdo, completely devoted to Angela through thick and thin.

5. Logan from Gilmore Girls: Logan certainly had his flaws, but he was charming, smart, and called Rory “Ace,” because she was an aspiring journalist. When Rory declines his marriage proposal in the final season, I was a little sad, yet I completely understood her need to spread her wings and fly. I also wanted to place Luke from Gilmore Girls on this list but tried to stick to different shows for each list item.

4. Griffin from Party of Five: Griffin is the boyfriend, and later husband, of Julia Salinger. The two are broken up when Griffin finds out that Julia’s new boyfriend, that jerk Ned, hit her. Big mistake, Ned.

3. Ben from Parks and Recreation: I love how Ben and Leslie are so supportive of one another’s careers. Some of the funniest moments of their relationship occur while the two are trying to keep their love a secret so as to not impact their work life. Ben eventually resigns so the two can maintain their relationship. His proposal to the high-strung, ambitious Leslie renders her speechless for the first time ever in what is possibly the cutest sitcom scene of all time.

2. Mark from Parenthood: I loved Mark and I would actually yell at the T.V. every time Sarah messed up with him. When he made a surprise appearance in the final season, I clapped my hands with glee. However, it was only to tell Sarah he was engaged. And then she married Ray Romano. Epic fail, Sarah.

1. Aiden from Sex and the City: In the classic Team Aiden versus Team Big battle, I am on Team Aiden. Always have been, always will be. It still hurts my heart to think of how Carrie crushed him not once, but twice, and even after he restored her hardwood floors.