Summer is not a great time for television, but I have managed to find five things I’m interested in watching right now, some of which I am more embarrassed about than others (ahem, Coupled.) Here are the five summer shows on my DVR, because with a toddler it’s impossible to watch anything at its scheduled time or in one sitting.

Anthony Bourdain Parts Unknown (CNN): My boy Bourdain is back with another season of Parts Unknown. I love his style of snarky, real travel journalism. He connects with the locals, and gives a well-rounded look at the food, people, and social and economic issues of his destinations. The Montana episode was fantastic. I am especially excited for the Cologne, Germany episode which airs June 5 because Cologne is my special home away from home.

500 Questions (ABC): My husband and I never miss an episode of Jeopardy so naturally we are drawn to this trivia show as well. Contestants answer questions covering a wide variety of topics.

Silicon Valley (HBO): My husband and I are a little late to the game on shows sometimes, but we just finished watching the first episode of Silicon Valley on Netflix. The third season is now on HBO so we have some more catching up to do, but so far we’re loving the characters on this show. 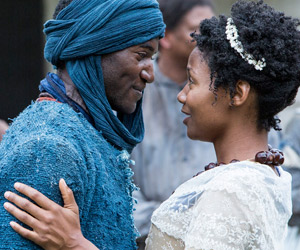 Roots (History Channel): The original Roots mini-series starring Levar Burton of Reading Rainbow fame (OK, he was also on some space show) came out in the late 1970s, but I remember watching a re-airing of it when I was probably eight or nine years old. The story really stuck with me, and I have intended to read the book for years, but haven’t yet. The remake is very well done. It is difficult to watch, as the telling of this type of subject matter should be.

Coupled (FOX): After the heaviness of Roots, how about some ridiculous dating drama? Coupled involves singles meeting other singles in hopes of finding love or contracting something, whichever happens first. Of course it features the classic dating show trifecta of cocktails, hot tubs, and helicopters.