Chilly October days call for hearty soups that can simmer all day. Corn chowder with Andouille sausage is one of my favorites. The Andouille adds a bit of spice, but the creamy base tones it down. My three-year-old said “It’s a little spicy, but not too spicy.”

I slice the Andouille into about one-inch cubes because I like the chowder to be chunky, yet want the pieces bit-sized. Slow cooker meals are a great way for kids to help because they can throw in ingredients without risk of a hot stove or splatters. 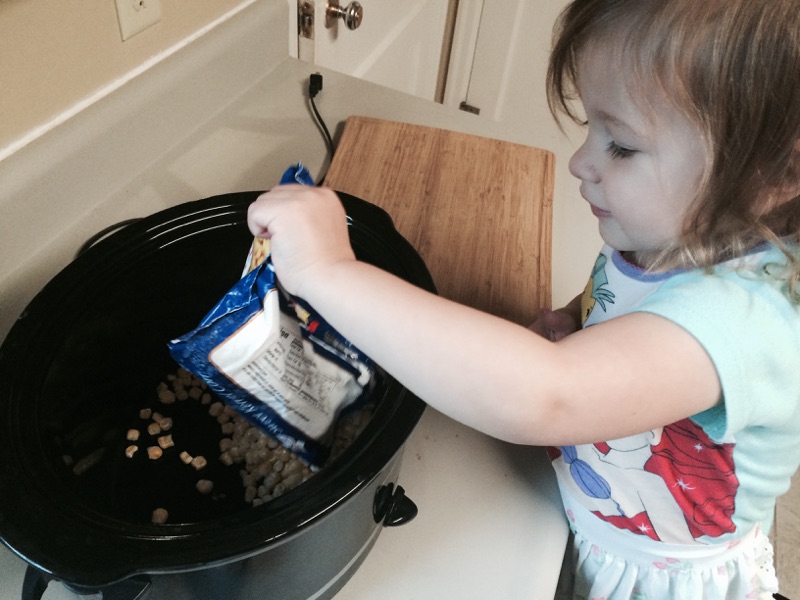 Everything gets combined in the slow cooker for this tasty soup. Then the only thing left to do is cut up some bread, sprinkle the soup with a bit of shredded cheese, and serve. This is so hearty and satisfying. The leftovers are great, too!