Before I read The Moment of Lift by Melinda Gates, I knew two facts about the author: She is married to Microsoft legend and billionaire Bill Gates, and she is extremely wealthy.

What I did not know, but would soon find out, is that Gates is a compassionate, kind, and strong woman. She is a hard-worker, who, like her husband, has had a great deal of success. Probably most meaningful to me is that she goes to the far ends of the world to use that success to help others.

The Moment of Lift is about what happens when women are empowered throughout the world. Gates writes that empowering women is not only beneficial to women, but to everyone. The Gates Foundation works with underprivileged women in many countries. Gates is passionate about making vaccines and contraceptives accessible, and breaking down barriers to gender equality. 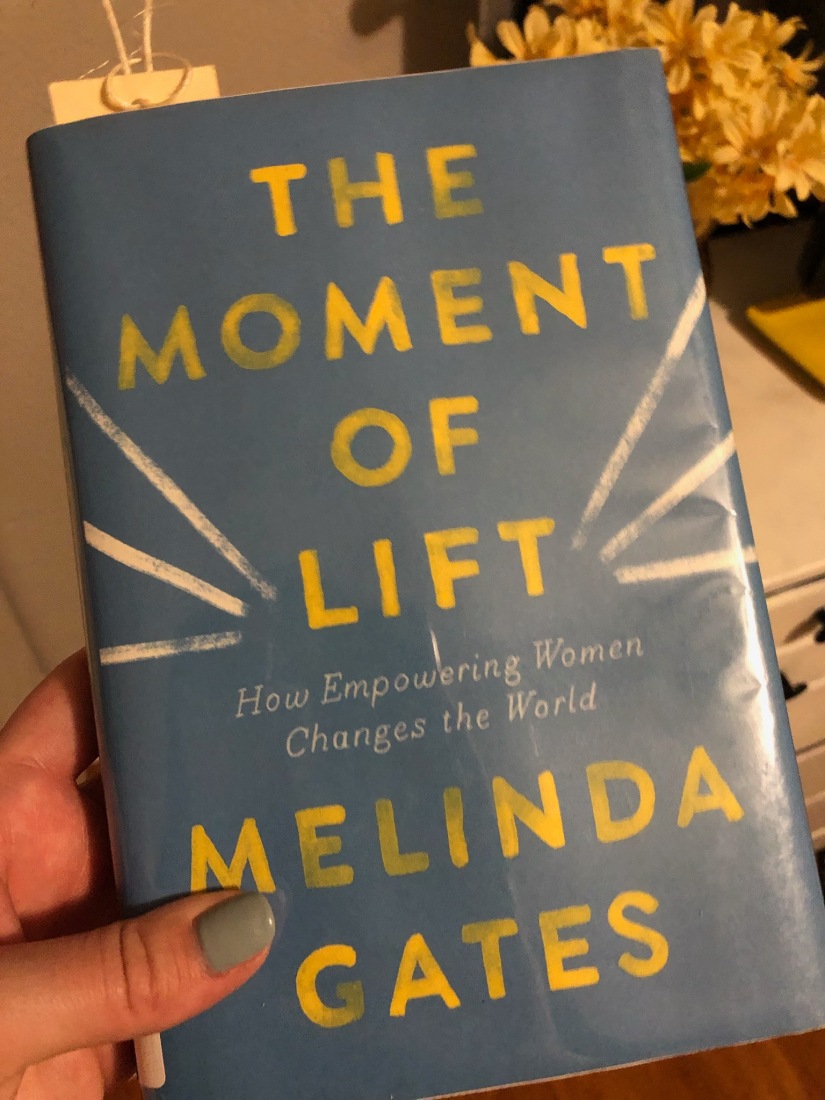 Gates also writes about the failure of economists to acknowledge unpaid work, especially by women. Statistically speaking, in no country do men contribute the same amount of household (unpaid) work as women. She also writes about even more troubling topics like laws allowing women to be abused and misogynistic practices like female genital mutilation, still widely practiced throughout the world.

Gates tells about her own experiences with sexism, especially within her first few years at Microsoft. She was fresh out of college, a 22-year-old woman in a male-dominated company. Yet, she also acknowledges how fortunate she has been.

She writes “Some of you might be thinking “Oh no, the privileged lady is tired of being the last one in the kitchen all by herself. But she doesn’t have to get up before the sun. Her kids don’t have to take the bus. Her childcare support is reliable. She has a partner who is willing to help with the kids and do the dishes. I know. I know. I’m describing my scene not because it’s a problem but because it’s my vantage point on the problem.

The Moment of Lift brings to light the fact that women are still second-class citizens in much of our world. Yet, there is a great deal of hope for improvement when people seek to empower one another. That’s not something we need to be billionaires to do.