It’s a trend I have been seeing more of: Parents in their children’s Santa photos. Anything to calm them down, right?

Back in the 1980s, the child was forced to stay on Santa’s lap regardless of the epic meltdown that ensued. Hence some pretty stellar photos of us red-eyed, snotty-nosed 1980s kiddos, bowl-bobbed haircut and all.

In 2015, we parents have gone soft. We would rather have a photo of our child at least half-way smiling with Santa, even if it means hopping into the photo ourselves. 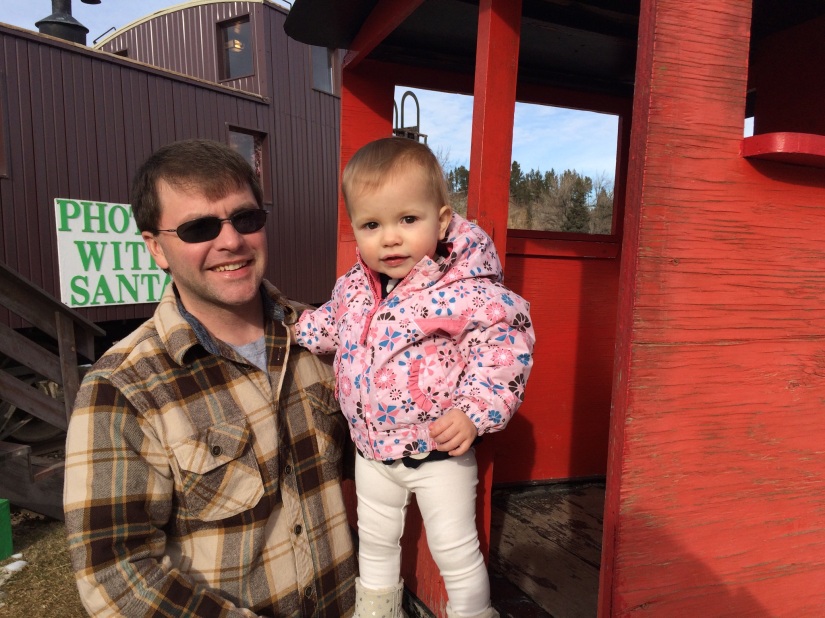 And even if it means being photographed in less-than-photo-worthy clothes and hair because we didn’t think we were going to be in any photos that day. 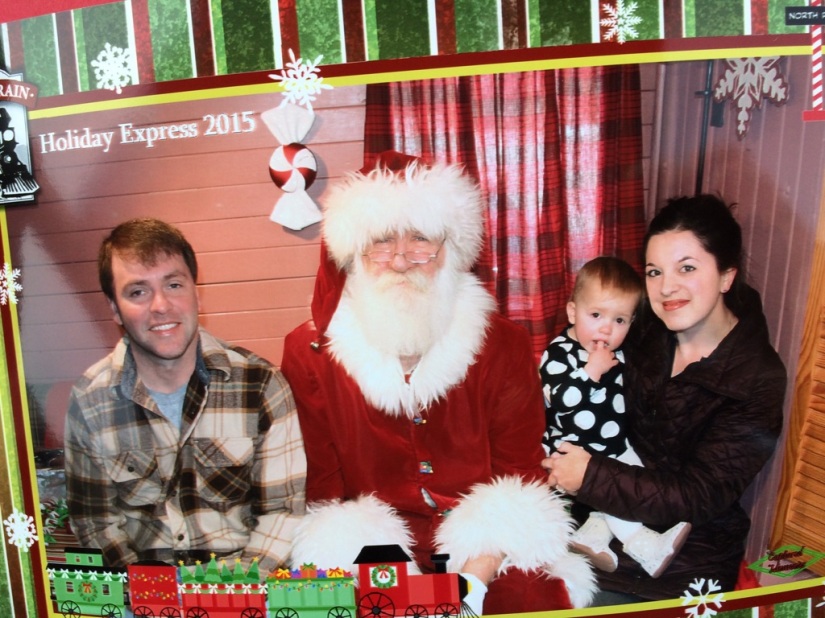 Look at it this way, we kids of the 1980s get another chance, now in our late twenties and early thirties, to be photographed with a Santa we no longer fear. In fact, my husband and I made small talk with Santa while we waited for our photos to print.

That’s when Santa said of himself: “When you think about it, Santa Claus really is pretty scary.” What a wise old elf.