One of the milestones I have been most looking forward to as a mother is watching my daughter devour cake at her first birthday party.

And the girl did not disappoint. 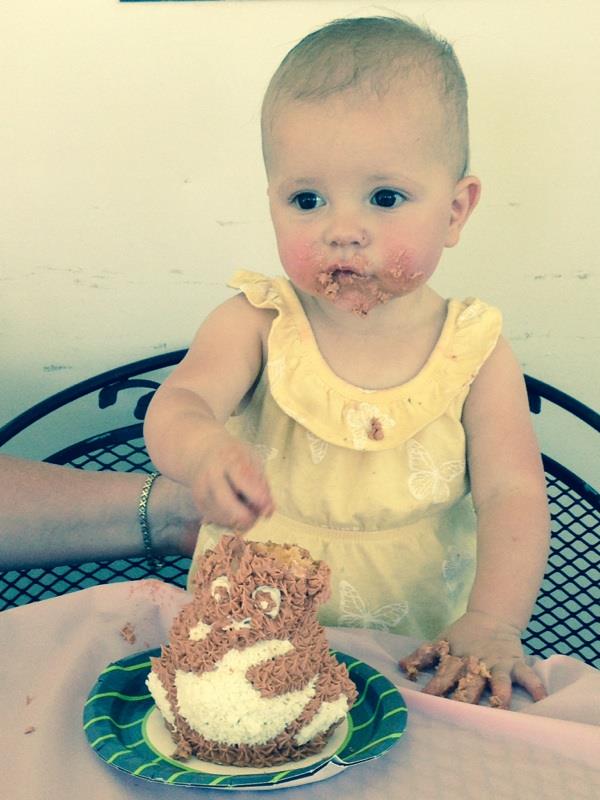 On the day of my daughter’s birthday party, the temperature hovered around 100 degrees. We rented the gazebo at a park in a nearby town that features statues of storybook characters. 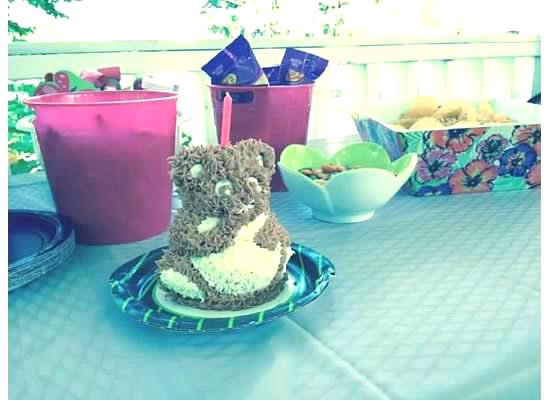 My mom had saved the bear cake pan she used at my own first birthday so she recreated that cake for my own girl. How sweet is that? 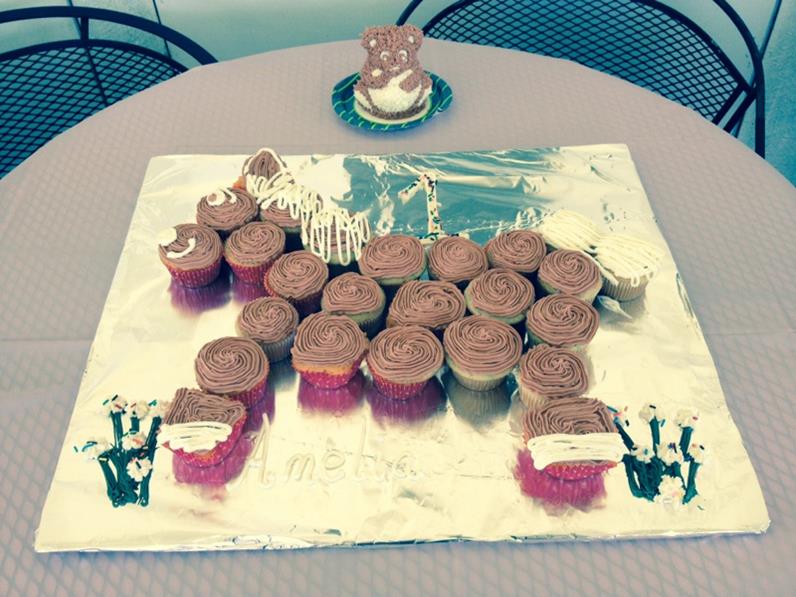 She also assembled this horse out of cupcakes, a trick we had seen on Pinterest. 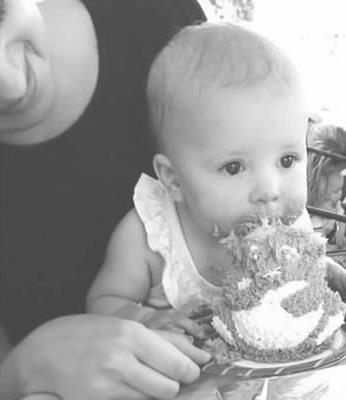 After a while, the girl grew tired of using her hands to eat the cake and just went for it, face first.

After a much-needed wardrobe change, we were ready to play on some of the storybook-inspired scenes. That’s Kanga from Winnie the Pooh.

Of course no July birthday party is complete without sitting on Santa’s lap. Here’s my girl with her cousin (who, believe it or not, is four months younger than she is).